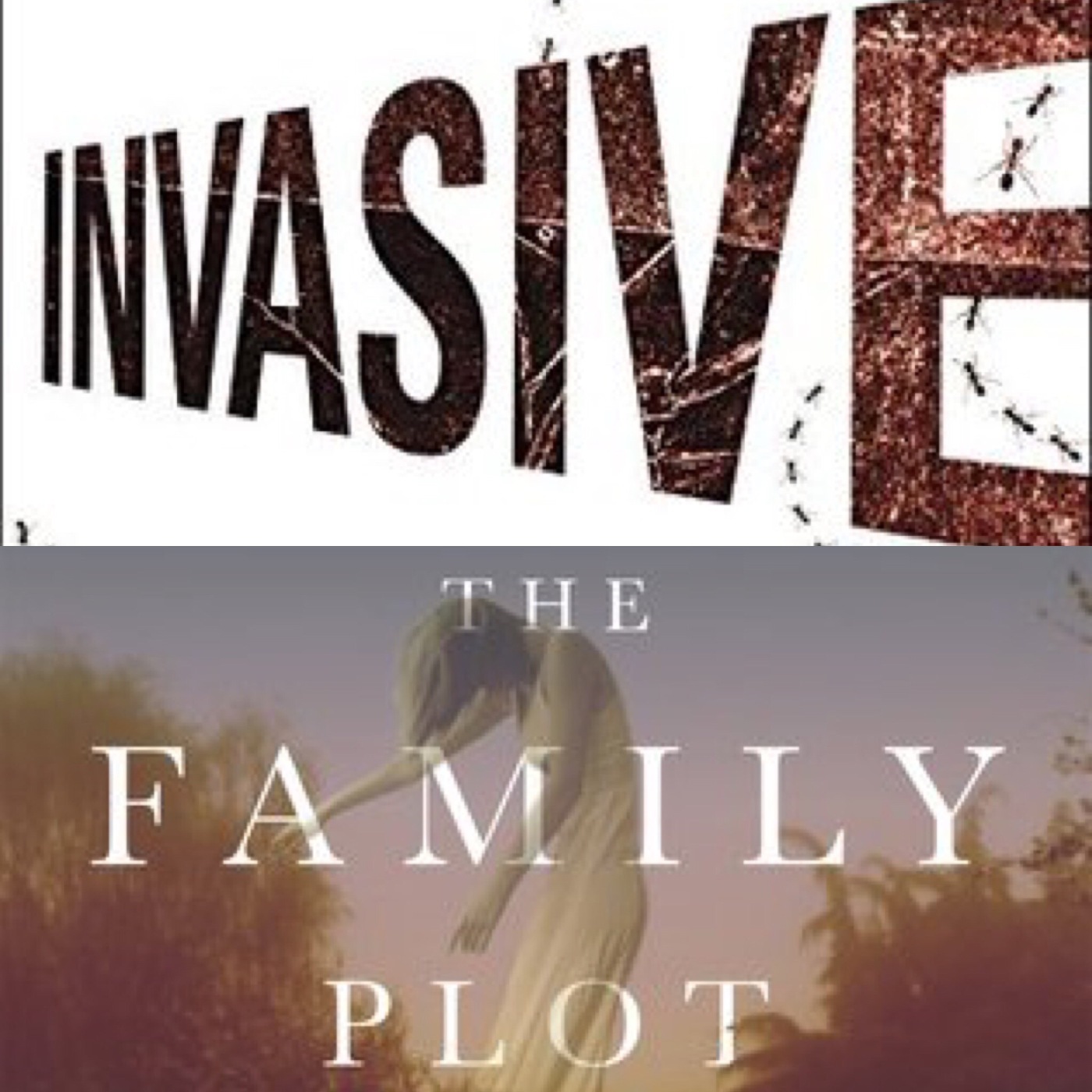 I’ve been reading a lot of horror recently. My reading taste tends to get darker in the winter months, I think, when the wind is blowing and the cold is getting into everything. Some recent horror titles have included Invasive by Chuck Wendig and The Family Plot by Cherie Priest. I loved both of these, though they were very different books. Unfortunately I read them after I had put out my best of 2016 post but before we officially kicked over to 2017, so I thought I’d write a special post about these two books and some of the things I, as a reader, like to see in a horror story. I’ll try to go light on the spoilers, but there may be some so stop now if you want a pure reading experience for either of these.

One of the things that makes a horror story unlikable to me, whether it be novel or movie or short story, is a blanket sense of inevitability. This is going to seem a little counter-intuitive. After all, horror is not necessarily a thing of happy endings. But whether the ending is happy or sad, horror only works with tension. And tension can only provided if either I, the reader, or the characters themselves believe that they can escape from their situation. They or I must have the hope that it is possible. That there is some way to succeed. Whether we are right or wrong has almost no bearing on whether the story is a good one – after all, being disappointed in that hope can be quite satisfying.

These are two very different books, as mentioned. One is the story of a woman who is profoundly isolated from her family, though she has friends who help her throughout the book. She sees too clearly all the ways things can go wrong, and it has left her with an anxiety disorder that verges on debilitating. She is afraid, all the time, but she is angry, too, and determined. Her name is Hannah Stander.

The other story is led by a woman who is bound entirely to her family and seeks to better their fortunes, potentially at the expense of her own. She is strong and capable and, while not overly optimistic, not fatalistic either. She believes she can conquer what life throws at her – though it is, perhaps, a desperate belief. There is stubbornness and denial in her. Her name is Dahlia.

Both of these women are intensely strong characters. Their strength lies in their competence in their chosen professions, in their compassion, and in their determination to survive. All too often, these things are lacking from horror heroines. It is what makes me so disgruntled with the genre in movies. Women are monsters or objects, as I’ve discussed previously. They are not given nuance. It was refreshing to see that oversimplification of women turned on its head in both of these novels. Honestly, I think that the hope that pushes these women along is the source of their strength. Hannah hopes very broadly. She hopes for proof of a better world. When that fails, she hopes to make the world a better place by defeating the things that threaten it. Dahlia hopes more narrowly. Her hopes are for financial security and escaping the haunted house that has trapped her and hers. The scale of their hopes are relative to the scale of their motivations. This is as it should be. We all have multiple things that move us. Many things that we fear to lose.

To be honest, perhaps the reason that I appreciate horror with hope in it is because of nothing more or less complex than good writing. Good writing means rounded characters. It means elevating the stakes. It means a certain level of unpredictability, too, that feeling of not knowing for sure what will come next.

Who doesn’t want to read a book like that? Who wants to spend the whole time in a story that is nothing but gore and screaming? That’s not the horror for me.

Anyway, read these books. Read Invasive for a near-future/current technological thriller with lots of gruesome imagery and ants. Read The Family Plot for an evocative, creeping ghost story with Appalachian charm that clings like kudzu. Just read, friends. There is plenty to escape from, and so many twisting realms to escape to.