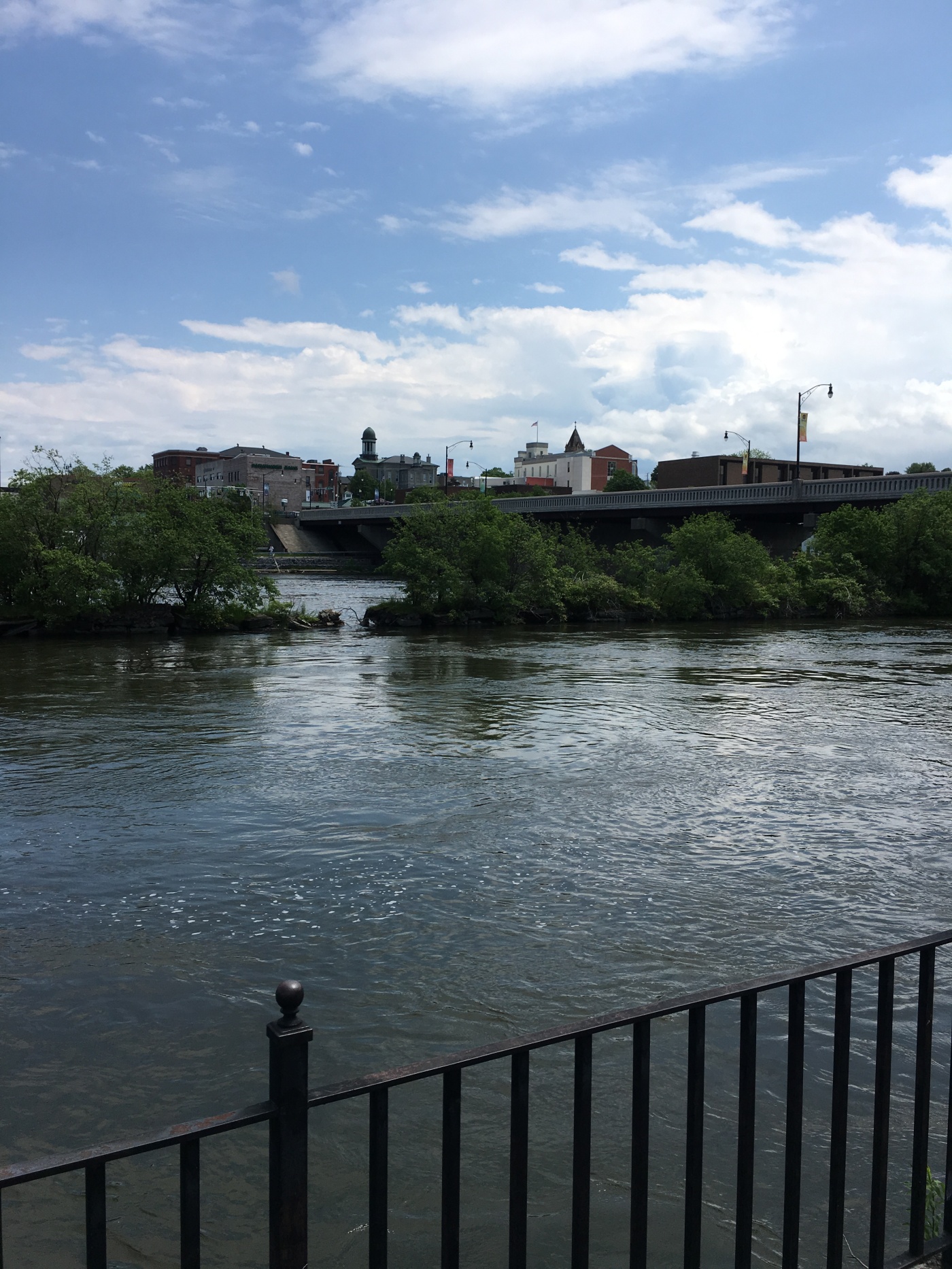 So, honeymoon! What did we do? Where did we go? What did we eat? All important questions, obviously. For this post I’ll tell you some cool overview stuff and for later posts I’ll come back and dig into some of the experiences I think will be useful from a world-building/fact-finding perspective, just because there was some really cool stuff I learned at some different museums and I think you will enjoy it.

We were gone for two whole weeks, and we stopped a lot of places, but most of our time was split between the city of Montreal, Canada, and the lovely state of Vermont. So I’ll start with Montreal and see how far we get. We’ll be moving back into writing stuff soon, for sure, and if I have any good news I will share in real time, of course. But you only get one honeymoon, hopefully. This is the first long vacation I have taken since my career shift two years ago, so we definitely lived it up.

The wedding, as mentioned, was amazing. It happened Saturday. We took all of our things home Sunday and tried to recuperate, and then Monday about noon (much later than intended) we headed up the interstate. This was a roadtrip, you see, which is an awesome thing if you’ve never gone on one with just a couple of close people. You need to get the balance right – enough stuff brought with you that you aren’t upset when you need something and don’t have it, but not so much that you can’t all sleep in the car if you need to. A fine balance, roadtrips. We hit ours pretty perfectly – our trunk was full, and a good portion of the back seat, but not so much we couldn’t lay our seats back if we needed to. That first day, we made it all the way up to Syracuse, NY, about a nine hour drive from our little corner in Virginia, listening to audiobooks and napping and generally doing as you do.

The next day, we continued our journey to Canada by way of northwestern New York. We found a little city called Oswego for lunch. The food wasn’t exceptional, but we got to see the borders of Lake Ontario. 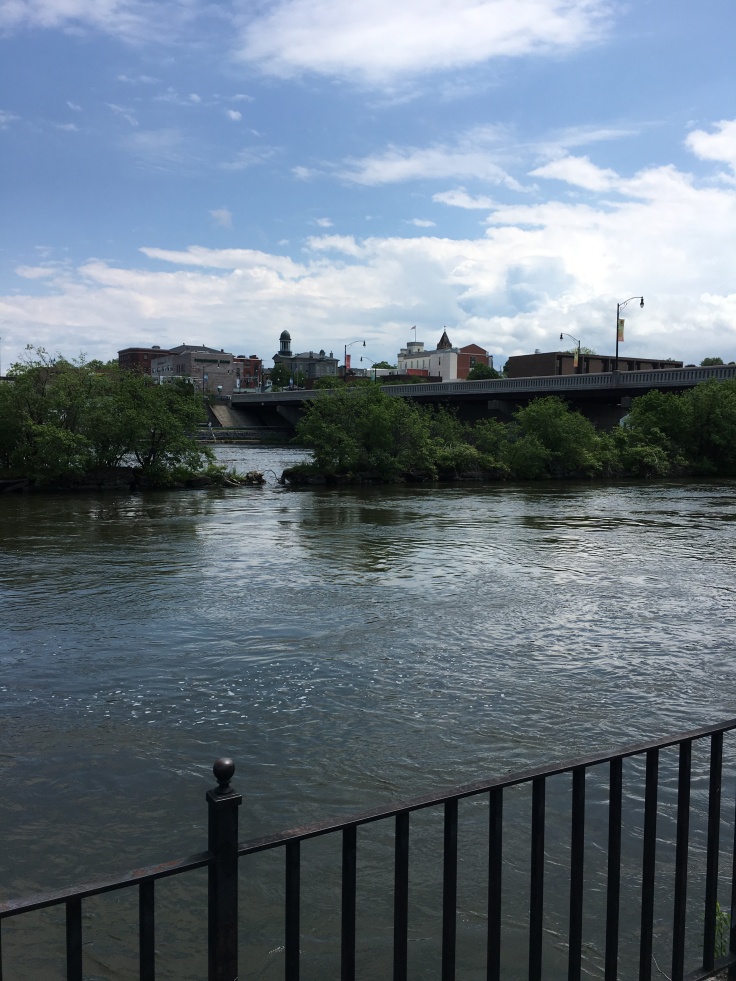 Next, we crossed into Canada through the Thousand Islands. The border crossing was quick and relatively painless, actually, in some ways more painless than flying. It was my first time crossing a border via land. The only disappointment was that they didn’t stamp our passports. I love having stamps in my passport.

Right across the border, we stopped at a tower from which you could admire the landscape. You can see the border crossing, and the bridge we came over, and all of the many islands that dot the largely aquatic landscape. I’d love to visit this place again – they have river cruises and haunted castle explorations. I was sad we were only passing through.

Next, we arrived in Montreal! 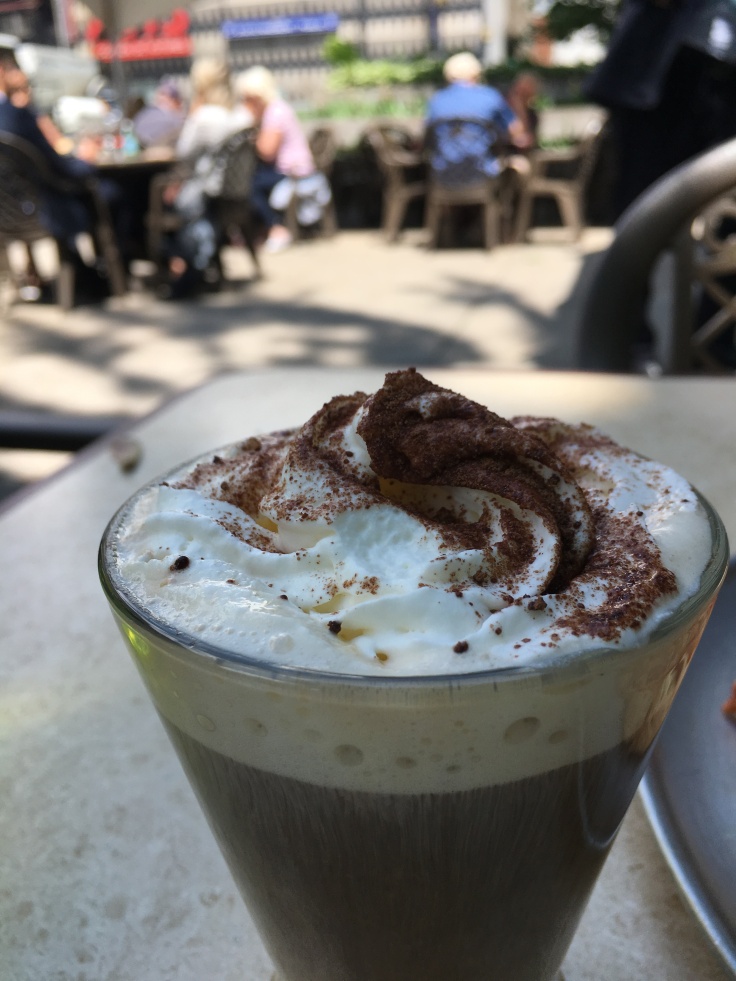 The S.O. was severely disappointed in the coffee situation but this is coffee at my speed. I’m not a regular coffee drinker, unless it’s cold brew. Unfortunately, part of the reason I’m not a coffee drinker is also the caffeine intake, which he desperately need but I am not dependent on. That was a hard transition for him, all that espresso.

We went to the Musee des Beaux Arts and saw a plethora of amazing artwork. Most of the art you were allowed to take pictures of, and this lovely really struck me. It’s from the floor of the museum that focuses on Inuit Art. This one was called Transformation, which seems to be a fairly common theme in the art we saw on that floor. It’s lovely. We also saw an amazing piece called Sea Change there, which I posted about on Twitter that day, if you were following that. The Musee des Beaux Arts has several buildings, each having several floors, and like many buildings in Montreal they are connected via underground passageways. 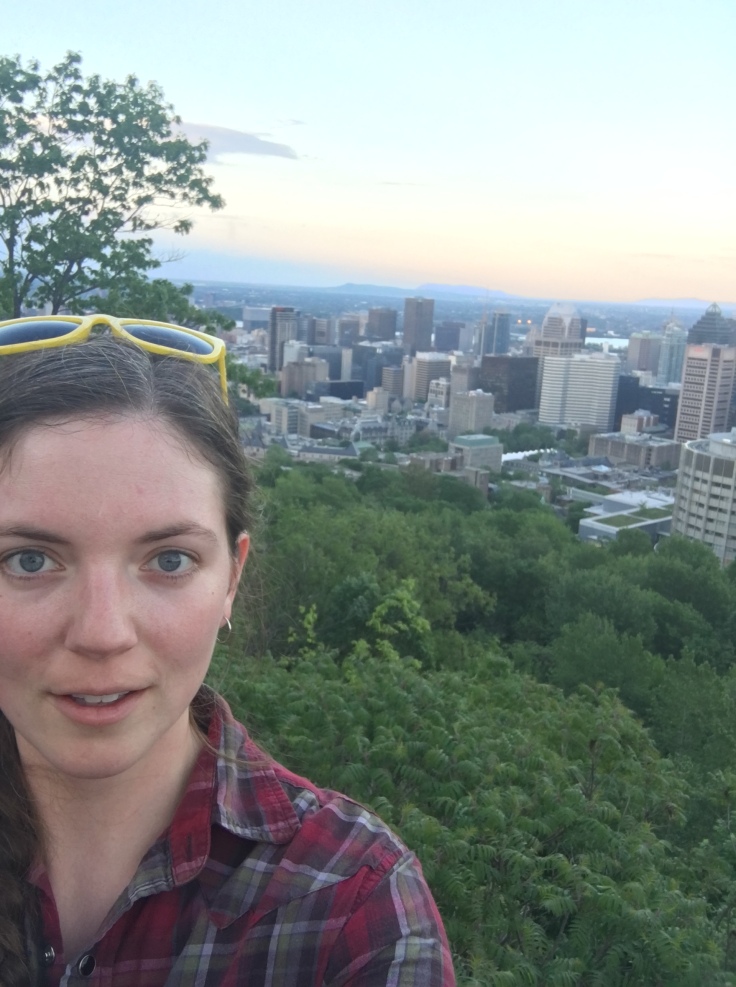 After visiting the daytime exhibits of the museum, we climbed the nearby Mont-Royal. This is where Montreal gets its name, and is the highest point in the city. No building can be built higher than its peak. There is a lovely observation deck from which you can look out on the city below. 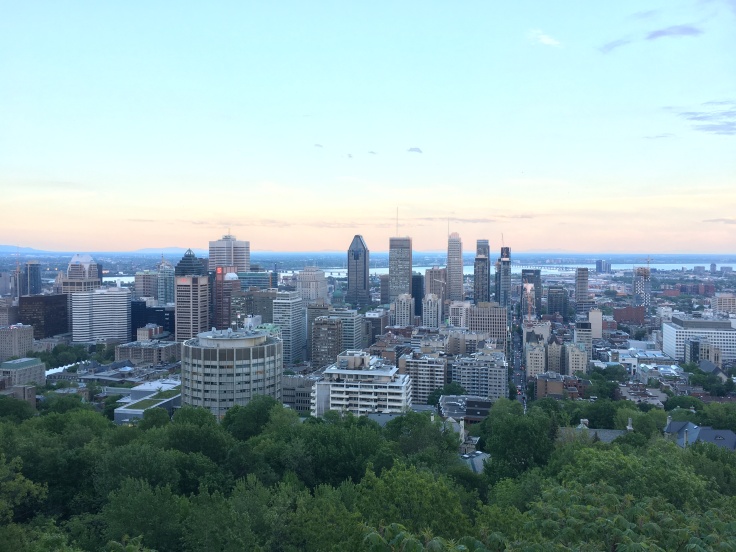 That wasn’t the end of our experience at the Musee des Beaux-Arts, however. We also saw a lovely Chagall exhibit while we were there, which was super immersive. I’m always a fan of special exhibits like that if they are well-executed, which this one was.

Later, we went on to visit the Botanical Gardens and the Biodome. The Biodome was phenomenal, and you should definitely go, even though it is a bit expensive. Both of these attractions are located near the Olympic Stadium, which is pretty far away from the downtown, so we had to take the metro. 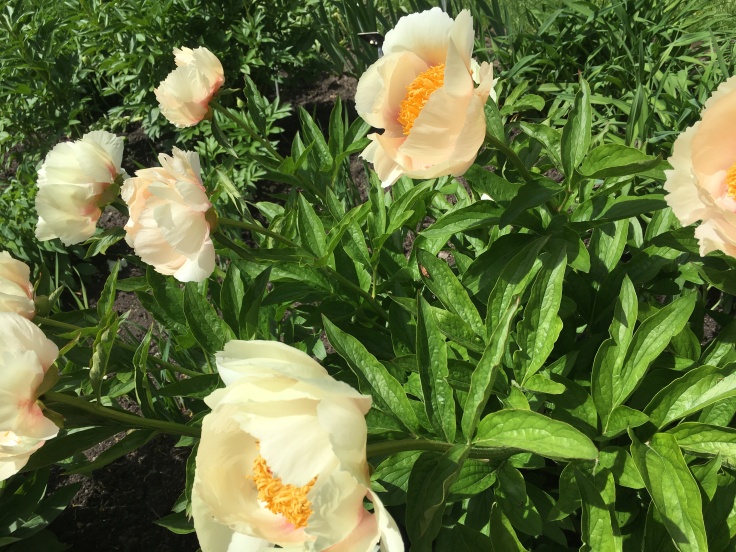 I really, really enjoyed the Botanical Gardens, and I’m going to do a whole separate post on one of their exhibits for world-building purposes, but in the interim look at those peonies! 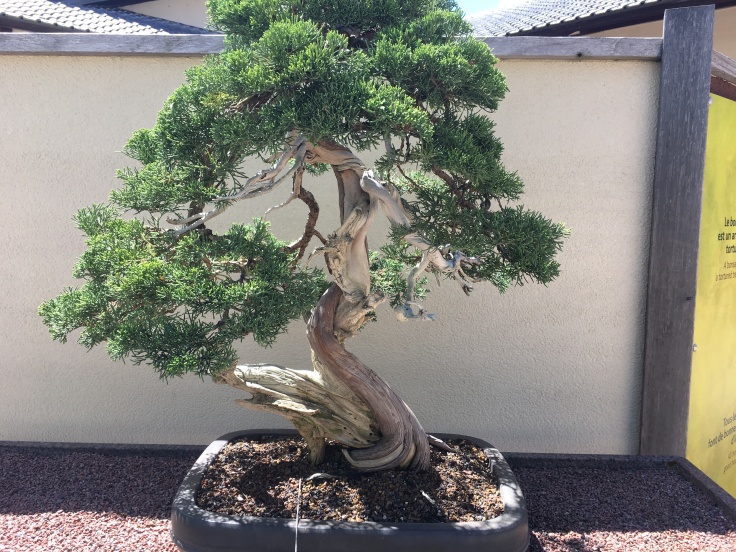 We also saw this 275 year old bonsai on loan from Japan. That tree has lived about ten times as long as I have, which is baffling to think about.

Of course, all of these things exist outside of the most famous part of Montreal, which is Old Montreal. Those winding cobbled streets are where you will find the most tourists. And the crown of that experience is the Notre-Dame Basilica. We went, and it was gorgeous. The most stunning part, however, was the chapel that is in the back of the basilica, where no photos are allowed. No photos do the whole thing justice, honestly, but I’ve tried to capture the grandeur of the main section of the building here.

Alright, that’s it! Tune in next week for my Vermont adventures!