If you have been reading my stuff for a while, you may remember my first book.  Child of Brii was and is a new adult urban fantasy/romance book. It was my first book that I ever actually finished writing, if not the first book that I started, and it holds a special place in my heart. I took it off sale in February of 2016 and the decision was not necessarily a good one. 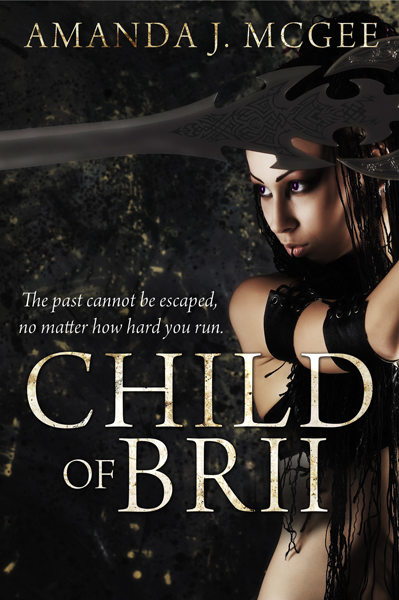 There were a number of things going into that. First, Child of Brii was my first book, and you could tell. That in and of itself wasn’t a problem, but it was also the first book I self-published. Back in 2013, I really thought that self-publishing was easy. So many of my friends had talked about it that way, after all. They all made decent sales and I had it in my head that I could just toss a book up and people would buy it. Some people did.

But I didn’t do a good job with the editing and I didn’t understand the market. The book was riddled with typos and weird gaps, and while I love it, I didn’t want people to think that was my best work. It isn’t.

But Child of Brii is the work of my heart, and for all of the unexpected helicopters in it (sorry, folks, I know that’s jarring) it’s also been my best-received book. People really love these characters, probably because they’re incredibly lovable. And Amaya’s powers are still on my top list of super powers, honestly.

Writing is about being vulnerable. It’s about putting yourself out there and standing by the fact that you will grow and sometimes not be able to look at what came before the same way. I have grown as a writer, I hope. I’m not afraid of my mistakes anymore. It helps that I cleaned up some of the typos.

So Child of Brii is back online! Thank goodness. In honor of this event, there’s a Rafflecopter giveaway! This is my first time using this platform, and I’m excited.

Also good news – part of this republishing included a paperback print on demand book through the new KDP Select platform. If you’re the kind that loves paperback books, I have created a paperback which you can purchase through Amazon only. I’ll also have it available at the Roanoke Author Invasion in April! That’s a free event, so please come by, buy a book or twelve from some amazing authors, and enjoy the after party! I’ve heard there’s chocolate.

I fully intend to sweeten this situation further in the future. I’ve got a great idea for a spinoff story that will be more of the epic fantasy/romance variety – a prequel to the novel. It centers mostly around Brii and her girlhood, such as it was, as a near-deity to a lost and outcast people. I’m in the middle of another story/novelette now, and then I really need to buckle down on some Creation Saga edits, but my goal is to start on that project this year sometime. I’m super excited about it.

Thank you so much for loving this book as much as I do, and loving my work with all of its errors. Your support means more to me than you can know.