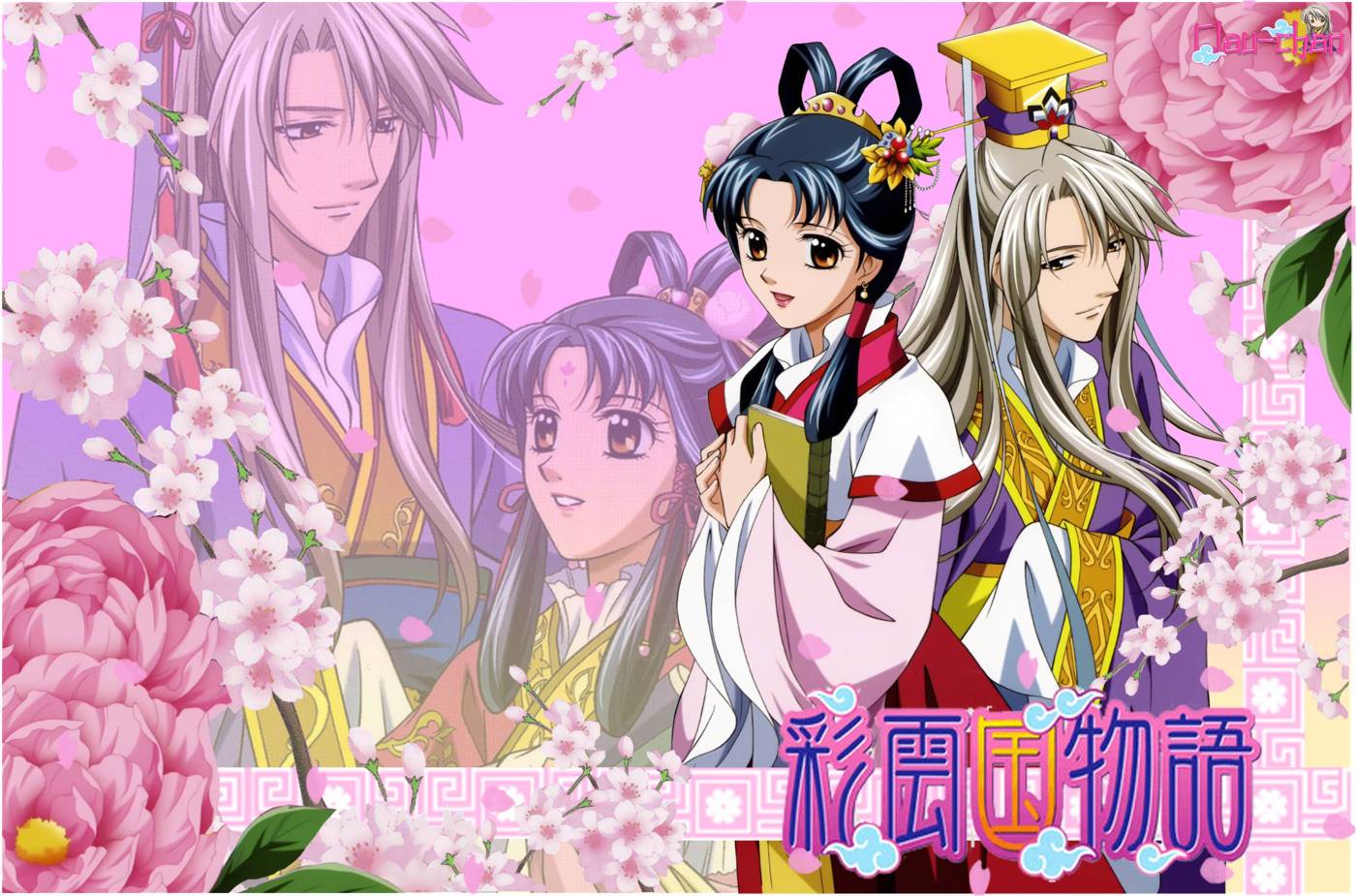 So I watch a lot of anime, I’ve mentioned, though not as much as some people. I found this anime, which originally aired through 2006 to 2008, while looking for something that would feed my insatiable hunger for more Akatsuki no Yona (which is still up there on my top three along with Ouran High School Host Club and Serei no Moribito). The anime ran for two separate seasons, each 39 episodes. It’s near impossible to find anywhere now except for online streaming sites. Trust me, I looked, mostly because the last ten episodes or so on the streaming site I use were incorrectly labeled and out of order. At least one or two were missing entirely. There is no frustration like watching 60+ episodes of anime only to have the ending rendered incomprehensible by disorder. I was going to buy the last few episodes if I could find them anywhere, but they are exorbitantly expensive.

Anyway there may be some mild spoilers but I am trying to keep this review short so hopefully nothing that will destroy your enjoyment.

Saiunkoku Monogatari translates as “Tales of Saiunkoku” loosely. In this case Saiunkoku is a country with a pseudo-Chinese/Japanese imperial regime. I won’t go too much into the world-building, except to say that you should remember that cultural rules apply: great families rule, supporting the emperor; the emperor himself is from one of those great families; a family can disown you if you have dishonored it in some fashion (or just pissed off the wrong person); women can also carry their family names, and do if their family is more powerful.

All of that cultural baggage is what is simultaneously greatly interesting about this anime, and also its Achilles heel.

Saiunkoku Monogatari is an example of an anime that is trying to do too many things at once. I enjoyed it immensely and still feel that the writing was not 100% solid. You can see this very clearly early on in the first season. The main character, Kou Shuurei, is from an impoverished noble family – or at least so it appears at first. She lives alone with her father in what is essentially a crumbling urban estate. The action begins when she is approached by a pair of upper echelon court officials with a proposition – they will pay her a huge sum of money if she becomes the consort of the emperor. She is made to understand that the emperor actually has no carnal interest in women, so she agrees to the exchange.

This looks like it is setting us up for a love comedy and I was okay with that. Indeed, the first several episodes take that track. At some point, however, the story transitions pretty drastically. Shuurei somehow leaves the emperor’s household (the how of this is not really explained, but the inference is that no one knew it was her??) and decides to become an imperial official. Problem is that women aren’t allowed to take the exams to become officials.

In an abrupt about-face, suddenly the story becomes about women shattering the glass ceiling while surrounded by numerous attractive men. Say what? I am here for this type of story, so I was excited! If this had been the story from the beginning I would have enjoyed it immensely more, actually. That said, the emperor is still in love with Shuurei, which at times gets annoying, honestly.

Through Shuurei’s dramas and efforts, we come to learn a lot about the political system of Saiunkoku. One thing becomes pretty clear in the first season: Shuurei’s political situation is a lot more complicated than it seemed at first. Though it’s variously acknowledged, it seems that Shuurei is the princess of the Kou family, a very prestigious family. Her father was dishonored (I won’t spoil why, or how complicated that dishonor was) but her uncles fully intend her to be married to the next heir of the Kou family (or to become that heir). The Kou family rivals the emperor in influence. So remember that cultural baggage I mentioned earlier? Kou Shuurei, princess of the Kou family, cannot marry the emperor – it would leave her family without issue. At no point does either Shuurei or the emperor she serves/maybe loves acknowledge this particular complication. One must assume one or both of them, being intelligent and powerful young things, would realize this is a problem, but it never comes up. Instead the barrier to their love is shown to be Shuurei’s career aspirations. In fact, those aspirations are several times framed as the barrier to Shuurei’s happiness, especially in the second season.

I am, of course, highly annoyed with this.

So to recap, we have: an anime that is set in a world whose rules are not consistently followed; a love comedy that turns into a political drama with almost no warning and not a lot of reason; and a story that should be about women breaking the glass ceiling, and is, except when it’s about shaming women for those same actions, over and over, and threatening them with sexual assault (which happens several times towards the end of both seasons). Shuurei is the cute little housewife who happens to have ambition, and she is punished for it as often as she is rewarded.

I loved Saiunkoku Monogatari‘s emphasis on a woman’s competency, on thoughtful and ethical governing, and the parts of the world-building that were solid. I disliked the pandering to male characters who were consistently jerks, the narrowly avoided sexual assaults, and the general emotional pounding that Shuurei receives for literally everything she does. So I guess the parts that paralleled real life. I would have enjoyed better world-building. My favorite parts were the interactions she had with other powerful women who were kicking ass and taking names, one way or another, and the lessons that Shuurei learned from them.

Would I watch this anime again? Probably. I know there were things I missed – a lot, as I mentioned, was going on with this story. I also recommend it. But do be conscious of its shortcomings.