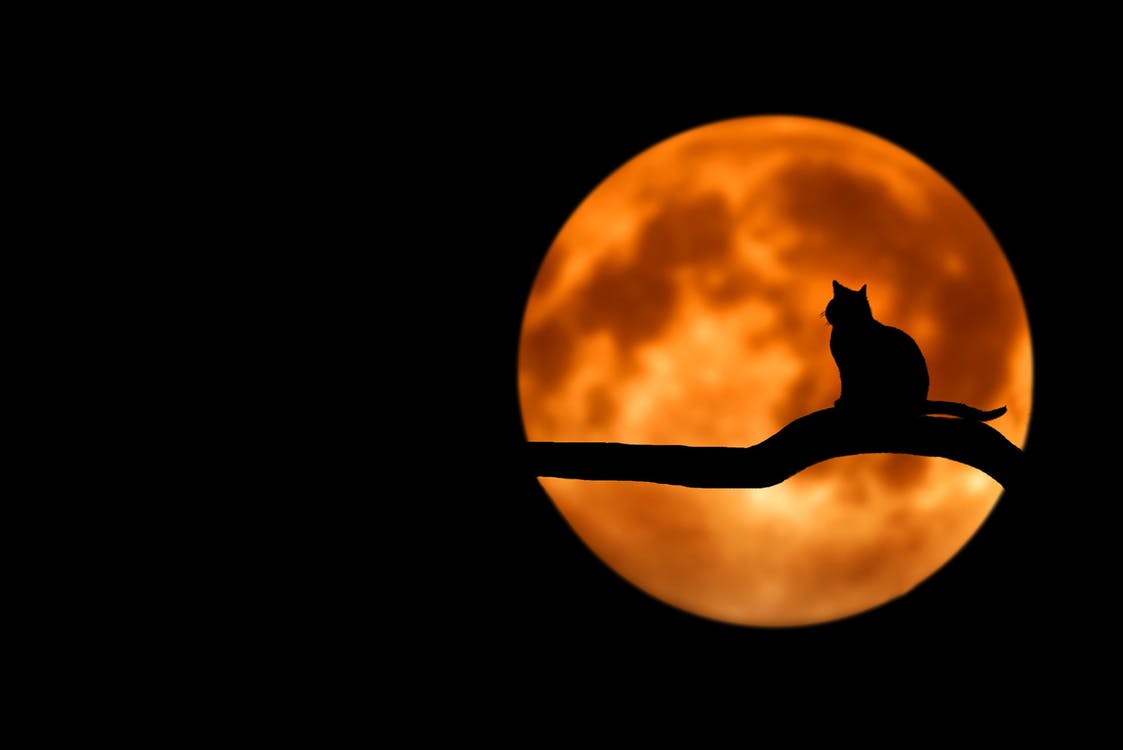 Hey, friends! I wrote this free Halloween story for you about a teenage boy and his very protective mom. Inspiration came from the Goodreads Nightmare Generator. Hope you enjoy!

Be Careful What You Summon

The chains cut into his ankles, the dust on the floor made his nose run, and Adrian Damon was having a bad day. Nearly night at this point – the sun was setting, casting beams against the far wall. He shifted again, trying to find a comfortable position within the salt circle, wincing at the soreness of his tailbone from sitting on the old hardwood floor. The attic was dim and deserted, but he knew better than to hope for someone to come. Whoever came up now had probably put him here.

His memory was shaky. He was pretty sure that Miranda Barnes had been the one to lead him up here, before everything went black. Dumb, to follow a girl like that into her attic, but he had always liked her blonde hair and her doe-like eyes. She’d been nice to him, too, not like some of the other popular kids in school. Adam couldn’t help that he was pale enough you could see the blue of his veins in places, no matter how much he went outside. He couldn’t help his black eyes or his black hair. That was genetics, a gift from his mother.

He had to get out of here before she found out what had happened. She would be so pissed.

Adrian tried to stand, wincing as the blood rushed to his head. There was blood in his black hair, too, he could feel it crackle beneath his fingers where it had dried. His mouth was musty and dry. The chains rattled as he walked to the edge of the salt.

The salt circle bit at his fingers and he pulled his hand back sharply. Whoever had drawn this had picked up a book at least. His heart fell. Without help there was no way he was getting out anytime soon.

There was a sound from below.

Adrian hid his burned hand behind him. The door at the bottom of the narrow attic stairs swung open, and three sets of feet hit the steps. There came Miranda, with her pretty golden curls. Zach was next, and that was no surprise. Zach Elding was a bully, with big wide shoulders and swooping brown hair. Behind him was the whip-thin Patrick Roberts, who followed Zach everywhere. He had been born in Korea but his parents had adopted him when he was only a year old so he was American through and through.

“You guys need to let me out of here,” Adrian said. Zach laughed. Patrick set a lamp down on the floor, the battery-operated kind most people kept for when the power went out. The last rays of dying sunshine were dripping down the wall, and the attic was dim. He flicked the lamp on, chasing away the shadows. Adrian winced at the brightness.

“We’re not letting you go anywhere until you show us something cool,” Zach said. Miranda just looked nervous. Adrian would bet money that she had been the one to figure out how to bind him. The prospect made his heart hurt in his chest.

Demons trapped in a circle were supposed to be bound to tell the truth, but Adrian wasn’t all demon. He opened his mouth and lied.

“I don’t know what you’re talking about.”

“Sure you do,” Zach said. “You’ve got to give us three wishes, and I want to see some magic.”

Adrian rolled his eyes. Every part of that statement was wrong. Zach had as much sense as a crocodile. He was inspired in his cruelty, but he didn’t focus on details. “All you’re going to see is a jail cell if you don’t take these chains off me. This is kidnapping, Zach.”

Patrick shuffled his feet, looking nervous. Miranda made a face. But it was Zach who answered, of course.

“Can’t be kidnapping when you’re not even human.”

Adrian said nothing. His heart was going a mile a minute in his ears. He could sense the sun vanishing below the horizon. The light on the wall was nearly gone, the lantern on the floor the only thing letting them see. They had no idea, not really.

“Show me some magic,” Zach said.

“Make me,” Adrian shot back, his tone scornful. If he could get Zach to break the circle – but no, Miranda had grabbed the bigger boy’s arm as he started forward. He was nowhere near the salt line.

“I thought he had to do what I said,” Zach demanded of her. The girl shrugged.

The sun went down. Adrian felt it in his chest.

“Zach, let me out,” he said, sinking urgency into his tone. “I’m serious. Quick.”

“Or what?” Zach said, still belligerent. Patrick pointed at Adrian.

“What’s wrong with your eyes, man?” he said.

Adrian knew what was wrong. The night revealed his nature. They were glowing red.

He threw himself against the barrier then, feeling the darkness surge in him. If he could break it himself – but it flashed, burning his skin. He cried out. The other kids cried out as well, stumbling back. The chains cut into Adrian’s legs, and he could smell his own blood.

Adrian looked at him, terrified. There were shadows gathering thickness on the attic floor. He was out of time.

The light went out.

He heard Zach scream, and stumbling, blind steps. Someone fell down the stairs. It took Adrian’s eyes a minute to adjust to the deeper darkness, but when they did he saw Zach whimpering in a ball in the dimness. Patrick was gone. Miranda was floating in the air, her curls splayed like roots, a scream fighting to exit her throat and being held back by – something. Adrian felt satisfaction, and then felt guilty for it.

“Let my boy go,” came a voice from all around the attic room, “or I will eviscerate your pretty friend.”

Zach looked around him. Babbled something nonsensical. He probably didn’t even know was eviscerate meant.

“Mom, put Miranda down!” Adrian demanded. Two red eyes opened where the shadows were deepest, focusing on him. Zach took the moment of inattention to make a break for it. A band of darkness clotheslined him. His body made an arch before he impacted with the floor headfirst. Then he lay unmoving. Miranda fainted, the scream dying in her throat.

Lilith, queen of darkness, lowered Miranda to the floor with a soft thump. Then she stepped out of the shadows and looked down at her son, who looked so much like her.

“What have I told you about following strangers into their homes?”

“No, they never are.” She sent a roping strand of darkness to wrap around Zach’s neck and dragged his unresponsive body to the circle, pushing his head through the salt.

“There,” she said. There was a snick at his ankles as the shackles came undone. Adrian stepped over Zach and embraced his mother.

“I’m sorry, dear,” she said, and there was a weight of guilt in her voice. Adam shook his head against her shoulder, fighting back tears.

“Not your fault,” he said. “There are cruel people everywhere.”

Lilith pushed him away and looked at him with red-burning eyes. She was his mother, and he was her son. He wouldn’t let anyone make him ashamed of that.

His mother smiled at him. Then she took his hand and they went home.

Like the story? Toss me a tip or check out my Patreon.