Hi, everyone. This week I’m going to weigh in on an important spooky issue, one that arises every year at this time. That issue is: whose undeadness is more potent? The vampire’s? Or the zombie’s?

To answer this question, we must first establish a baseline. What kind of vampire are we talking about? Is the vampirism magical, or viral? We must also answer this question for the zombie. Accordingly, I’ve outlined some possible scenarios below using some of my favorite examples of the undead. Enjoy! 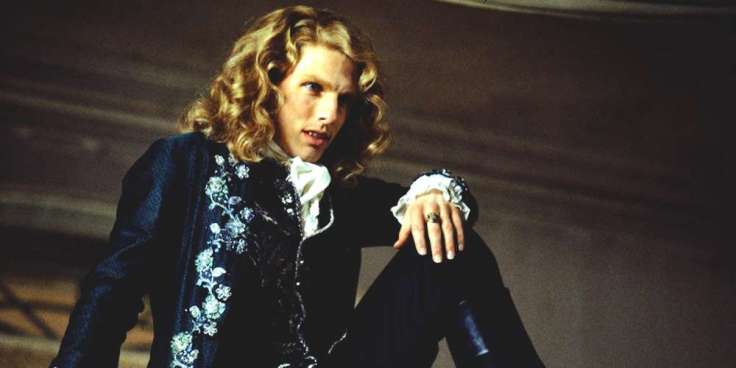 For the past two decades, when people think of vampires they are far more likely to think of Anne Rice’s lithe, cold Lestat than they are to think of Bram Stoker’s Dracula. In both cases, however, there are some established rules. The vampire is dead, first of all. In Lestat’s case, that death means that he remains unchanging throughout eternity. Lestat also has a maker. Most vampire novels posit some sort of bond between a master vampire and the vampires he or she has brought into existence, often one that results in near unbreakable obedience, at least until the vampire gets more powerful.

This is an attribute shared with the magical zombie. In contrast to a magical vampire, it is debatable whether or not a zombie brought back by magic understands or evaluates its world in any meaningful way. The zombie has no will of its own. If there is a will, that will is hunger only. Typically, however, the zombie is controlled by a master of its own – a necromancer, who has been responsible for raising it. The zombie continues to rot, and does not contain anything like blood.

Rules established, what happens if a vampire bites a zombie? Probably nothing. A rotting zombie has no blood to attract the vampire, or with which to be turned. It is possible that consuming the blood of a zombie, at least in the world of Anne Rice, would kill the vampire, but that is highly debatable. The zombie’s death has already found it, so the vampire is not following death anywhere by taking the last drop, even if said vampire could be induced to attempt it. I imagine it would be like eating putrid fish.

If a magical zombie bit a vampire, a similar lack of reaction would probably occur. Depending on the type of vampire, there may be damage of a permanent kind or damage that is immediately healed. This is assuming that a zombie could get close enough to actually manage to bite a vampire, of course, since they tend to be pretty fast and zombies (at least the magical kind) are not fast.

The only way, probably, that a magical vampire could become a zombie would be to be taken over by the necromancer. In Buffy, for example, both Spike and Angel show that vampires are susceptible to magical influence on the part of witches and other magic users. Depending on the world, it might be possible for the necromancer in question to pilot a vampire (more on this below). This would render them functionally zombie-esque.

As discussed above, vamps are dead and unchangeable. The dead can’t catch viruses. An exception to this rule rises in the Sookie Stackhouse novels, where a kind of vampire HIV can be transmitted from living humans to vampires. It is debatable whether a virus which could live in a zombie body – i.e. one that is actively rotting excepting the nervous system, as in Resident Evil – could be easily transmitted by a vampire biting said zombie. On the other hand, a zombie bite to a Trueblood vampire might have unfortunate and new consequences. It is hard to tell how they would react.

This match-up is a difficult one because virus vampires quickly start to look like zombies for all intents and purposes. Some examples of a virus or other pathogen creating a vampire include the Immortuus pathogen in the Kate Daniels novels and the creatures in The Strain.  In both cases, early exposure results in a mindless killing machine. In the case of the vampires in Kate Daniels, it is additionally possible to control those vampires as if they were zombies. Navigators bear many resemblances to necromancers. In essence, this question may be a moot exercise. If it’s dead, a necromancer can pilot it. If it’s still alive… things get a little tricky, and the rules of the world kick in. 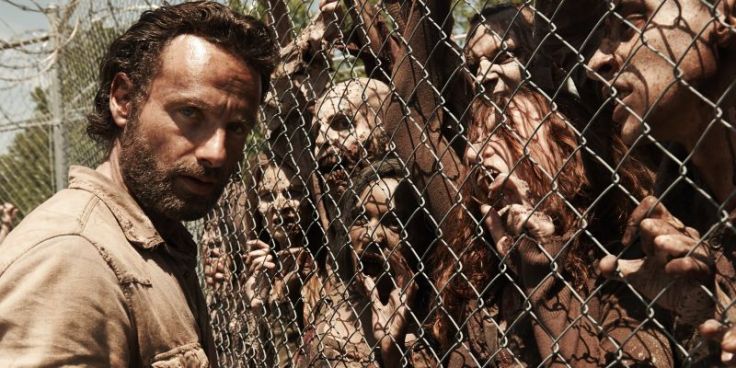 The classic zombie that comes to all of our minds is probably not the one piloted by an outside will, but the one that is driven by a virus, bacterium, or other pathogen that just wants to spread itself around. For a good example, look no further than your classic Dawn of the Dead zombie, more or less revived in recent franchises such as The Walking Dead. These guys have little of their humanity left. They’re actively rotting, and they just want to eat everything.

But, as mentioned, the rotting bit is probably the only thing that distinguishes them from a Kate Daniels vampire, minus the ability to be piloted. In a battle, who would win? I would guess it depends on how much the original infection has transformed its host. If a vampire from post-Shift Atlanta were to bite or otherwise expose a human who lived to its pathogen, it’s likely that human would become a vampire, of course. But a zombie has already been transformed pretty significantly from the baseline human body. Things like body temperature, circulation, and alkalinity can all change to make the zombie’s body much less amenable to infection from another contaminant, and that’s assuming that the pathogen is passive to the new invasion. My hypothesis is that, in both cases, these infections would simply cancel one another out. That is to say, there would be no result from a Kate Daniels vampire biting a Dawn of the Dead zombie or vice versa.

That said, the vampire is going to win the fight the minute it pulls the zombie limb from limb.

That’s all I’ve got! Enjoy, and let me know if you disagree with who would win below! Happy Halloween!

* There’s one last vampire/zombie dichotomy of interest worth mentioning in the magical vampire vs. magical zombie debate, and that is the Black and Red Courts in the Dresden Files. While it’s true that Black Court vampires share many elements with more traditional vampires, their rotting bodies do certainly evoke a zombie-esque physique. On the other hand, Red Court vampires lose all appearance of humanity, becoming demonic in form, but share many of the more recent elements of magical vampires, including the ability to seduce and enthrall their victims. It’s hard to tell for sure where these two groups fall in the debate, but one thing’s for sure: they are both hard to kill.