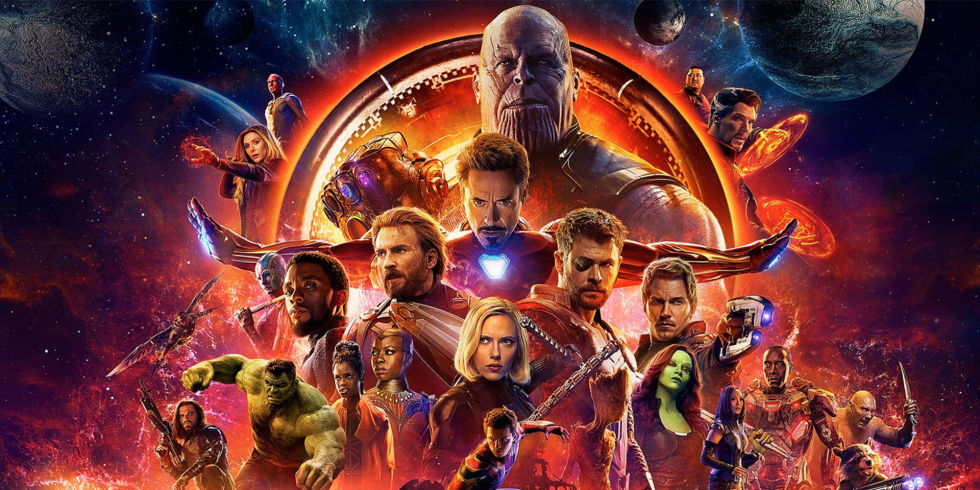 I finally got around to seeing Avengers: Infinity War. This movie is the latest Marvel installment in their current franchise reboot. They’ve done some really fun and amazing ones recently, but there have also been some major flops for me, including Dr. Strange and Guardians 2. For me, Infinity War fell closer to these two movies emotionally than it did to some of the best recent films (Black Panther and Ragnarok, I’m looking at you). I want to unpack that because anytime I don’t connect with something that otherwise is not a total trainwreck, I like to understand why as a writer so that I can watch for similar mistakes in my own creations. My conclusion about Infinity War is that multi-faceted and mostly to do with the difficulty of trying to handle all of the various characters and plot threads they were putting together. Let’s dive in.

(Spoilers for Infinity War and possibly other Marvel movies.)

First, let’s unpack just exactly what kind of movie Infinity War was. To start with, this movie is an Avengers movie. That means an ensemble cast, with all of the dangers inherent. Points of comparison in the franchise include the other two Avengers installments, but also Captain America: Civil War and Guardians 2, and, to a lesser extent, Guardians 1 and Ragnarok. All of these movies rely heavily on an ensemble cast to one degree or another. This ensemble element is an important piece of context for the story structure of Infinity War.

Infinity War also takes place within a broader narrative structure established by the other Marvel movies. Key movies that move this central plot include: Avengers 1, when the stakes for the universe are first revealed, including the antagonist Thanos, his goals, and the Space Stone*; Guardians of the Galaxy, which introduces another Infinity Stone, Power, and Gamora, Thanos’ daughter; Dr. Strange, introducing a third stone for controlling time; Age of Ultron, the second Avengers installment which introduces the Mind Stone; Thor’s Dark World, where the Reality Stone is introduced; and finally this movie. You could dispense with most of the other movies to follow the central plot, though you’d be missing a lot of context and characterization. This is a lumbering sort of plot we’re dealing with here. Marvel has planned several more movies, including a fourth (and final?) Avengers movie that will conclude Thanos’ arc. The next Avengers installment will be in 2019. This movie functionally concludes the second phase of their planned roll-out, but additional movies may not be in chronological order.

In truth, there were three huge issues with this movie for me, which were interdependent but are worth examining separately. These were:

Any movie or story sinks or swims on how well we can relate to the characters in question. That relation doesn’t always have to be positive – hating a character enough that you want to see them fail is certainly a thing, though there’s a difference between hating a character and just being disgusted with the story in general. Infinity War attempted to trade off of our previous emotional attachment to characters in a large ensemble cast. This might have worked for me if I actually had cared about the characters they chose to focus a good chunk of the movie on. Character should drive plot, not the other way around.

The main emotional heart of this story was centered around the following members of the ensemble cast. These were:

There were essentially two central emotional plots in the film, two relationships which had the chance to turn the entire tide of the events that were to follow. The most important of these is, arguably, Gamora and Thanos’ relationship. I have included Star Lord in parentheses only because of his relationship to Gamora. 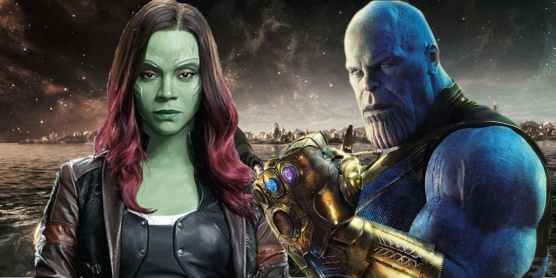 For this plot to work for me, Gamora needed to have been center to it. She should have been the one moving the action as the expert in Thanos and the way he thought. Arguably, she was the greatest resource that the team had. Protecting her and following her lead should have been an important goal for the Guardians and Thor. Unsurprisingly, however, the Guardians are a hot mess. Everything fell apart quickly, and Gamora was taken by Thanos.

This in and of itself was not a death knell for her ability to express agency, but unfortunately I did not feel an emotional connection to the two of them and their relationship that was sufficient enough for me to feel anything more than mild disgust when Gamora was very blatantly fridged without having really done anything for the whole movie. A scene that should have been grief-filled and horrifying just left me a bit nauseous thinking about how poorly Gamora had been characterized and worked with throughout her arc in the Marvel films. Thanos is a monster – you can feel something for him, but it’s going to be complicated. Gamora had to be the emotional center of that scene, and that means she had to have a solid characterization throughout the film (and previous films). For me it did not hit home, and so much of that was to do with Gamora’s own thru-line for the Marvel films. 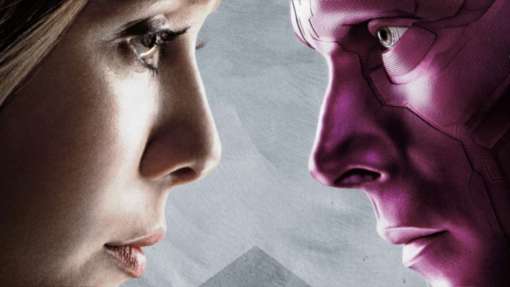 The second thru-line and emotional gooey center for the film was undoubtedly the relationship between Scarlet Witch and Vision. Here we encounter similar issues. Scarlet Witch and Vision have heretofore been seen in two of the largest ensemble cast movies, Age of Ultron and Civil War. They have never gotten enough continual screen time for us to truly understand their characters and motivations. Suddenly, however, we are meant to believe that their love is sufficient to allow the world to burn.

Treatment of Scarlet Witch as a side character until this point is especially frustrating because she is so absolutely powerful. She uses those powers to destroy Vision while simultaneously fighting off Thanos, showing that she might in fact be the strongest of the Avengers. Despite this, her performance in battle is mostly lackluster, and this is often tied, explicitly or otherwise, to her mental and emotional weakness. Vision is also apparently meant to be a power, but honestly I have no idea what he does after watching Infinity War. The film specifically hobbled its biggest guns to make the plot work the way it wanted, and Scarlet Witch and Vision were both victims of this. That issue further destabilized my emotional attachment to them.

There is one other thing that needs to be said about characterization and attachment in this film. There is one central character who moves through the entire narrative arc. You guessed it. His name is Thanos. 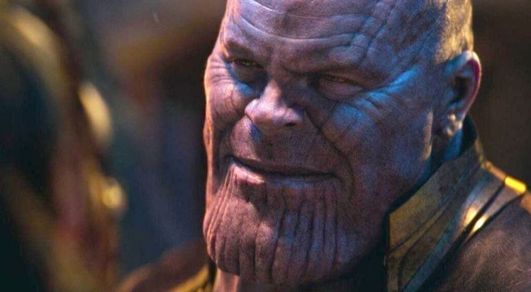 Thanos was a fascinating character for me, and one I wish had actually gotten more screen time. I wanted to see him moving the pieces, as we had in previous films. The villains he sent were never really characterized as anything more than bad guys, so I had a hard time, again, feeling anything for them one way or another. They were framed as his tools, but I didn’t see his relationship to them (with the exception of the magician-ish villain) so it felt disjointed. I also think you could do a whole post on Thanos’ character motivations, especially his ethical arguments. Those arguments were potentially the most interesting part of the film – not because I agree with them, but because they were based on so many logical fallacies that he had, nonetheless, internalized utterly. Unfortunately, it really seems like everyone else had internalized them, too. The only time that anyone engaged with Thanos’ motivations was to say that “we don’t trade lives” (thanks, Cap) which is a noble statement and good, but still presupposes that lives could need to be traded. That is to say, it’s an intuitive gut-punch of rightness, and that is good, but it’s an answer to a statement that has already jumped past three or four other assertions to get where it is (resource scarcity being the primary one).

While that is another blogpost, I think it speaks to what was lacking for me in Thanos as a character. For me, there was a desire to latch onto him with either hate or at least a conflicted admiration in order to make that emotional connection to the character with the most screen time. I guess you can admire someone for single-minded determination, and I almost managed. But the hollowness of his arguments distracted me, and his relationship with Gamora was so under-developed (yes, they tried, but again, I never got a clear understanding of his motivations for taking her in or shaping her or her feelings for him) that between the two things I couldn’t quite make it work. It was the closest I felt to any of the characters, however, even if that closeness was largely negative.

On that dark note, I’m going to close this overlong blogpost here. I think its important to note that the vast majority of the problems to do with characterization were dependent on the ensemble cast, a genre element that just became too unweildly in this film. I argue that greater development of three characters in prior films, and focus on a fourth, would have cleaned this up. If those characters were driving the plot instead of largely reacting to it, events would have meant more to me. Tune in next time for my analysis of the other two main issues, if you want to, or tune out until my blog tour on the 21st!

Do you want more content like this? Please consider supporting my Patreon or dropping a donation in my Paypal.