This past weekend was Labor Day, and therefore I got a long weekend. The S.O. and some friends had planned to go on a hike sometime in late summer or fall, and they invited me along. I was slightly skeptical, but I went. I’m glad I did. But that was a humdinger of a hike, friends. 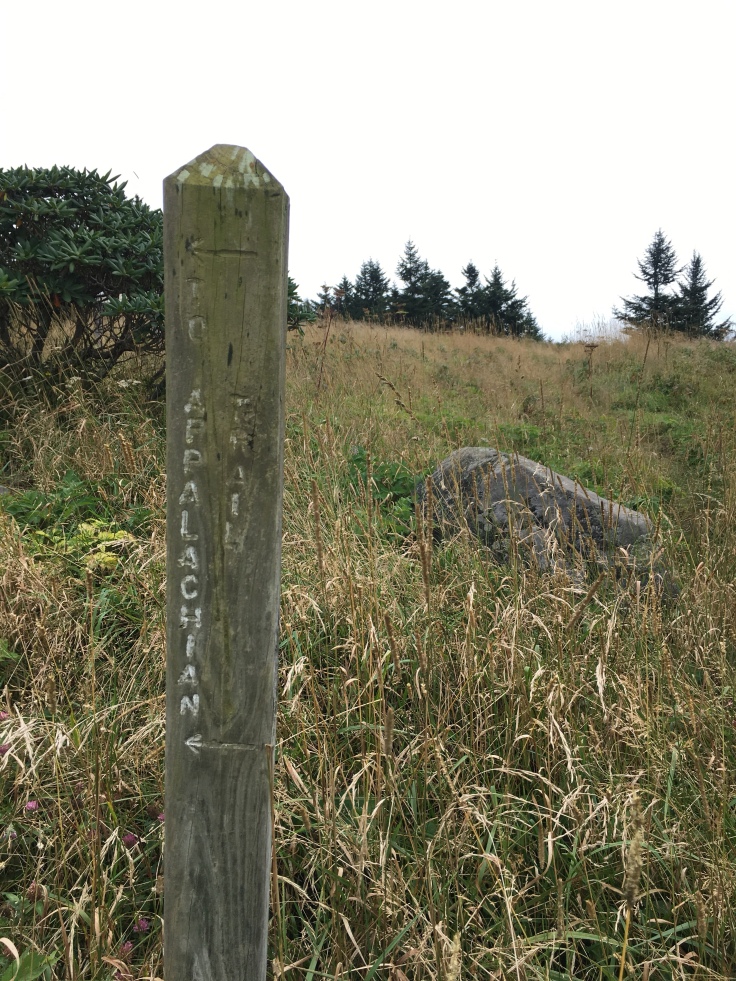 For those unfamiliar with hiking, there’s a couple of different breeds. You have your dayhikers, which I usually count myself among, casual hikers who go for a particular destination and take their time doing it. They rarely sleep outdoors and often take little in the way of gear, hiking in tennis shoes and leggings, secure in the knowledge that a hot meal and shower is waiting at the end of the day.

Then there are thru-hikers, the hardcore hiking aficionados, sometimes soul-searching, sometimes just walking for the fun of it. If you live off of a major trail like the Appalachian Trail of the Pacific Crest Trail, you have met them, or at least seen them on the side of the road. These are the guys and gals with huge packs the size of their torso, infamous appetites, and a general sun-burned and bug-bitten appearance.

In between these two extremes, you get overnighters.

There’s obviously a lot of variability between going on a hike for a day with a bottle of water and some snacks or your packed lunch and hiking a trail for three months, but a common overnight lives up to its name – one to three nights on the trail. At first glance, a backpacker on an overnight may look a bit like a thru-hiker. The packs are large, for example, and there’s a lot of sweating involved. However, an overnighter is better fed and cleaner, as a rule. That’s not saying a lot at the end of summer, with mud everywhere and sweat pouring from every inch of your skin, but it’s saying something.

This weekend, I spent three nights and three days on the trail. By the end I had over twenty bugbites on my exposed arms, ankles, and throat. I had sweated all the way through my clothes, continually, for three days, and the smell could have literally knocked someone over. My feet were blistered, my joints were aching. When I stood up I had to lean on a stick and waddle until the pain could work its way out enough that I could take a step again. There was a point on that trail where I seriously contemplated lying down and not getting back up. That was about 20 miles in. We went 45 miles, all told, over three days.

I didn’t lie down. I didn’t give up. I did this because there was no other choice. I was 20+ miles by foot from any quick or easy fix. There were no ways out except to hitch up the pack on my back and keep moving. The only way out was through.

When I got home, I got a rejection on a story. There are rejections, and there are rejections – I’m sure, if you write, that you know what I mean. Writing means rejection, and some of them are almost expected. There comes a point when, despite all the work you’ve put in, you know you’re just tossing darts blind. Spinning the wheel of fate. Whatever metaphor you want to use, there’s no control there.

Sometimes, however, you get your hopes up. You’re so damn sure that this story, this one, it’s meant to be with this market. They will love this. This will be your sale, guaranteed. And it isn’t. And they don’t love it. And the form letter comes in the mail. The trail is still stretching on forever. You have not reached the shelter. You have not found a summit. There’s only forward, forward, forward, up the mountain.

I do have a choice about giving up on submissions. In some ways, that makes it harder than being on the trail. But I don’t think I can ever stop writing, whether I want to or not. So perhaps it’s not so different in the end.

Hitch up the pack. Keep moving.